This is a DRILL -

The call came in Friday evening at 20:30. Wilderness SAR was dispatched to Highland Forest for a possible missing aircraft. On arrival SAR members broke up in groups and conducted Type 1 assignments in the rain and fog. With nothing found and a valid concern the search was postponed until morning. Saturday morning search resources from 12 SAR teams across NYS were eagerly ready for the 09:00 briefing by Team Coordinator Jason Baleno. Jason gave a report of information obtained the night before and explained what tactics were used the previous night. After some questions by a few Jason along with Seth Irwin (NYS Federation Chairman) created assignments and deployed 2 K-9 Teams into the field along with multiple Type 1 Crews to continue to search for clues in the disappearance of the a plane. Working in areas of priority a crew located the "wreckage" of the plane however no occupants. This changed the search plan some. Additional information from the investigative branch of the mission resulted in a phone call from the pilot. In the conversation search command determined a possible location and crews were deployed to search that area. About this time searchers also located a small fire pit and an Arrow built out of sticks. This confirmed our situation. Crews located the pilot and accessed his condition. While talking to the pilot it was determined that there was a second crew member who was with him but got seperated in the dark foggy night.

After learning of the subjects name and cell number command pinged the cell phone via different technologies. The first ping gave command an accuracy of 20,000 meters. That was no help and crews continued to search blocks looking for the person. Being ping attempt were not working command kept calling the subject and finally got an answer. the subject sounded injured and could not give additional info on to his location. Command kept pinging the phone after getting off and got some accuracy that showed under 50 meters. That was a coordinate they could use. A Type 1 crew with an EMS person was sent to the coordinates. Gator 1 transported them as far as they could then hiking thru the woods discovered the subject. Cold, Injured but alive was a great turnout.

This was the scenario and outcome of the training that Wilderness setup to conduct for the yearly training event of the NYS Federation Teams. The COMFED also known as Combined Federation training event is critical for teams to do for many reasons. First and for most is continuing training. Secondly and almost as important is working with and meeting other SAR members from all over NYS. Routinely SAR resources are requested in areas they dont call home and knowing people skills when arriving helps all with the mission at hand. There is nothing better than standing around a picnic table after the training laughing and talking to others while we drink a coffee and warm up by the wood stove. We have many great resources in NYS and this is a reason trainings like this are so successful.

Thanks to all who helped make this event great and also to those who did the logistical setup at Highland Forest weeks ahead of time for this event. 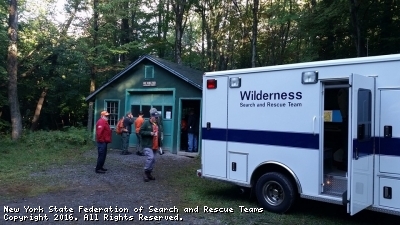 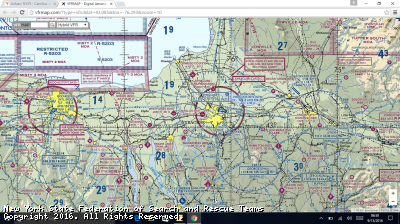 ×
1 of 1
11 entries in the News
Fall COMFED 2022
IS BACK !!In the fall of 2022 the NYS Federation is once again hosting a Combined Federation Training. It will be the weekend of October 21-23rd. The location is Northeast of Albany. As information becomes available more info will be posted to the website.
➠
Oswego County Search and Rescue Team SAR Academy 2018
The Oswego County Pioneer Search and Rescue team will be conducting its 4th SAR Academy to be held in the later winter, spring of 2018. Class size is limited to 20. Classes will start February 28th and end June 10th.
➠
History
In the mid 1990's NYSFEDSAR produced a newsletter called SEARCHLINES. Here is an old issue for your viewing pleasure - CLICK HERE
Fundrasier to support Massasauga SAR Team
NYS Federation 2017 Meeting Schedule
At the last meeting dates here determined for the 2017-2018 Quarterly meetings.April 22, 2017July 22, 2017October 28, 2017January 27, 2018
Wilderness SAR holds Fall COMFED 2016 at Highland Forest

This is a DRILL - The call came in Friday evening at 20:30. Wilderness SAR was dispatched to Highland Forest for a possible missing aircraft. On arrival SAR members broke up in groups and conducted Type 1 assignments in the rain and fog.
➠
Successful Water Weekend 2016